A Foodie And A Gourmet Cook Walk Into A Bar 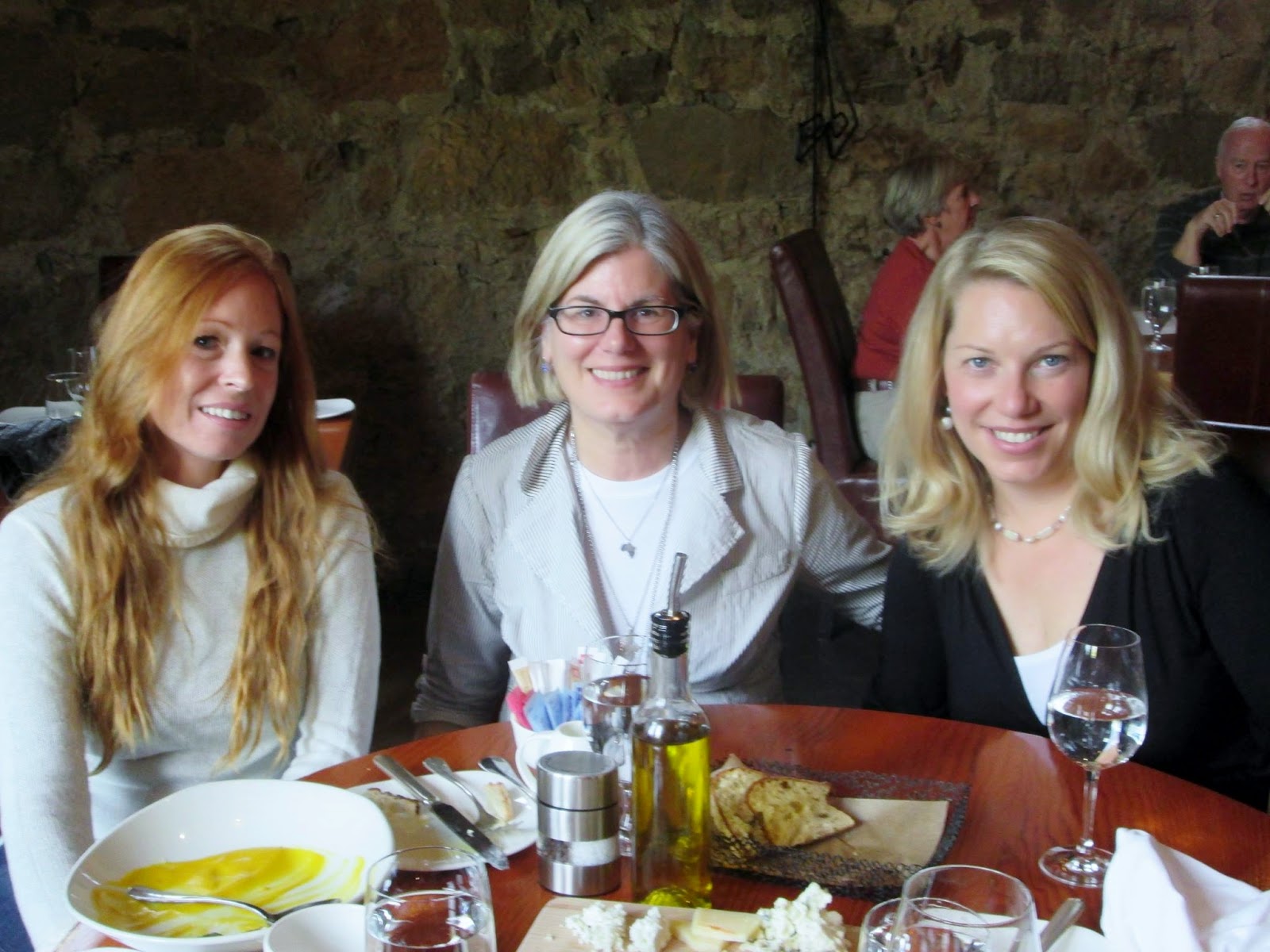 Wine Spectator Greystone Restaurant @ the Culinary Institute of AmericaCuisine-wise, growing up in the New York metropolitan area spoiled me rotten. New York City has always been a foodie center even before the word "foodie" became as overused a moniker as "gourmet cook." (FYI Just because you have the complete set of The Silver Palate cookbooks and have made Lobster Thermidore once from Mastering the Art of French Cooking does not make you a gourmet cook. I'm sorry, the overuse of the description "gourmet cook" is my personal pet peeve. So let me rephrase, someone who enjoys eating and someone who enjoys cooking walk into a bar ... in New York ...) 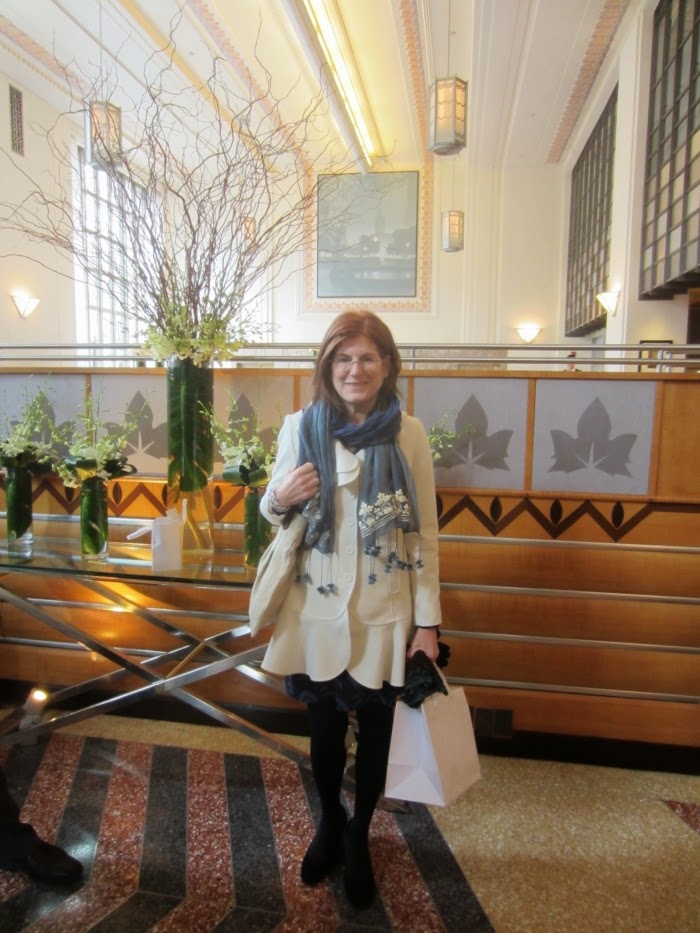 Eleven Madison ParkNew York became a food and restaurant haven quite organically. The waves of immigrants coming to American shores yearning to be free brought their cooking skills with them. They kept their heirloom recipes alive at home around family dinners and for many of them, if they were good enough, cooking became a great way to make a living.

Ethnic restaurants sprang up everywhere alongside the traditional cafés and fine dining establishments and you could eat your way around the world and never leave the city. Little Italy, Koreatown, Chinatown, Little Germany, Little Saigon, Little Ukraine, Little Brazil, Little Cuba, Curry Hill, the LES and garment district with its Jewish Dairy and Delicatessen restaurants. More immigrants came in and filled in the gaps. Greeks, Vietnamese, Japanese, Mexicans, Turks, and of course, the French. 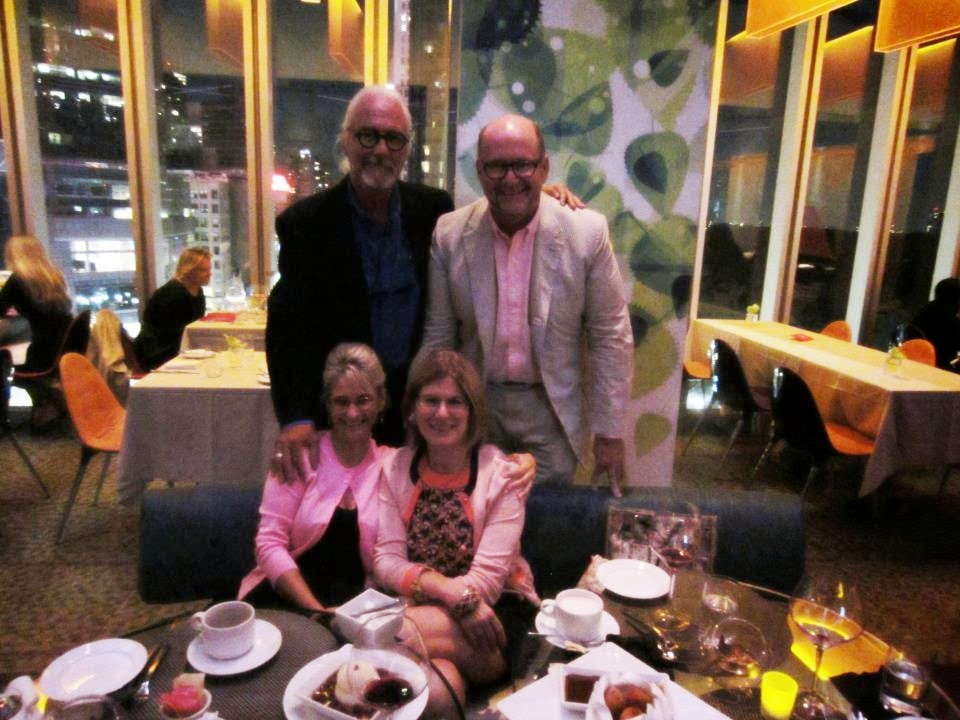 Robert Restaurant @ the Museum of Art & DesignIt has been a bit of an adjustment settling in to the sometimes limited offerings - by NY standards anyway - in South Africa. We are used to a wealth of unlimited choice and we have had to do without some of our favorite dishes since we've moved here.

We have found excellent Indian, decent French, Chinese, Japanese (including sushi,) Ethiopian, and Portuguese. Acceptable Italian and Mexican. And by acceptable I mean we have found Italian and Mexican restaurants where the food is good, but they just do not have the menu breadth we are accustomed to in the US where you find dishes from every region in Italy and Mexico (including Texas!)

Not true with Deli. Barely acceptable or as I would characterize it, not worth the carbs.

But even when a restaurant does not satisfy, in many cases we can always cook our own (Mexican and Italian.) We have been able to source most of the ingredients we need to make a missing dish, but it takes a certain amount of hunting and gathering in advance. Some ingredients are hard to find and some are few and far between. Sometimes we have to import them ourselves. We have managed to find many of our pantry staples, and the list of ingredients we have yet to find - rutabaga, jicama, fresh (not frozen) cranberries, corn syrup, real cornbread flour, real graham crackers, real Monterey Jack cheese, pepperoni, plain Fritos corn chips, some specific American brands like Frank's RedHot Sauce and Gold's Prepared Horseradish - is dwindling everyday. I just heard that the husband of a friend is the buyer for Pic n Pay who advises them on what brands to stock. Hello!

Many American regional cuisines are pretty common here now and very popular too like burgers and barbeque.  (Remember these are exotic foreign fare here.) We've even been able to hobble together a decent Thanksgiving dinner with turkey and all the trimmings. No raw cranberries for our homemade cranberry sauce or yams to candy though!

On the positive side of the equation though, we have been introduced to a whole range of cuisines we had no idea were so varied. Besides South African, a unique blend of cookery influenced by all its immigrant and native populations, there are the wealth of Pan-African cuisines. Mozambican, Senegalese, Tanzanian, Moroccan, Congolese, Cameroonian, and Zimbabwean. We've added some South African staples to our recipe list and we've left some off too! And we have had really world class meals prepared by some renowned and creative local chefs which could hold their own in NYC or San Francisco, another foodie center. (Don't leave me, Luke Dale-Roberts!) the warehouseAnd the culinary landscape gets better every day including gourmet food shops and markets. Like La Marina for instance. Located in Modderfontein, you probably won't be going to their shop for your everyday marketing unless that typically includes caviar and truffles, but for a party or a special holiday, it is well worth the trip. Salicornia, lobster tails, quail eggs, candied violets and Madagascar vanilla - it is a treasure trove of luxury consumables. 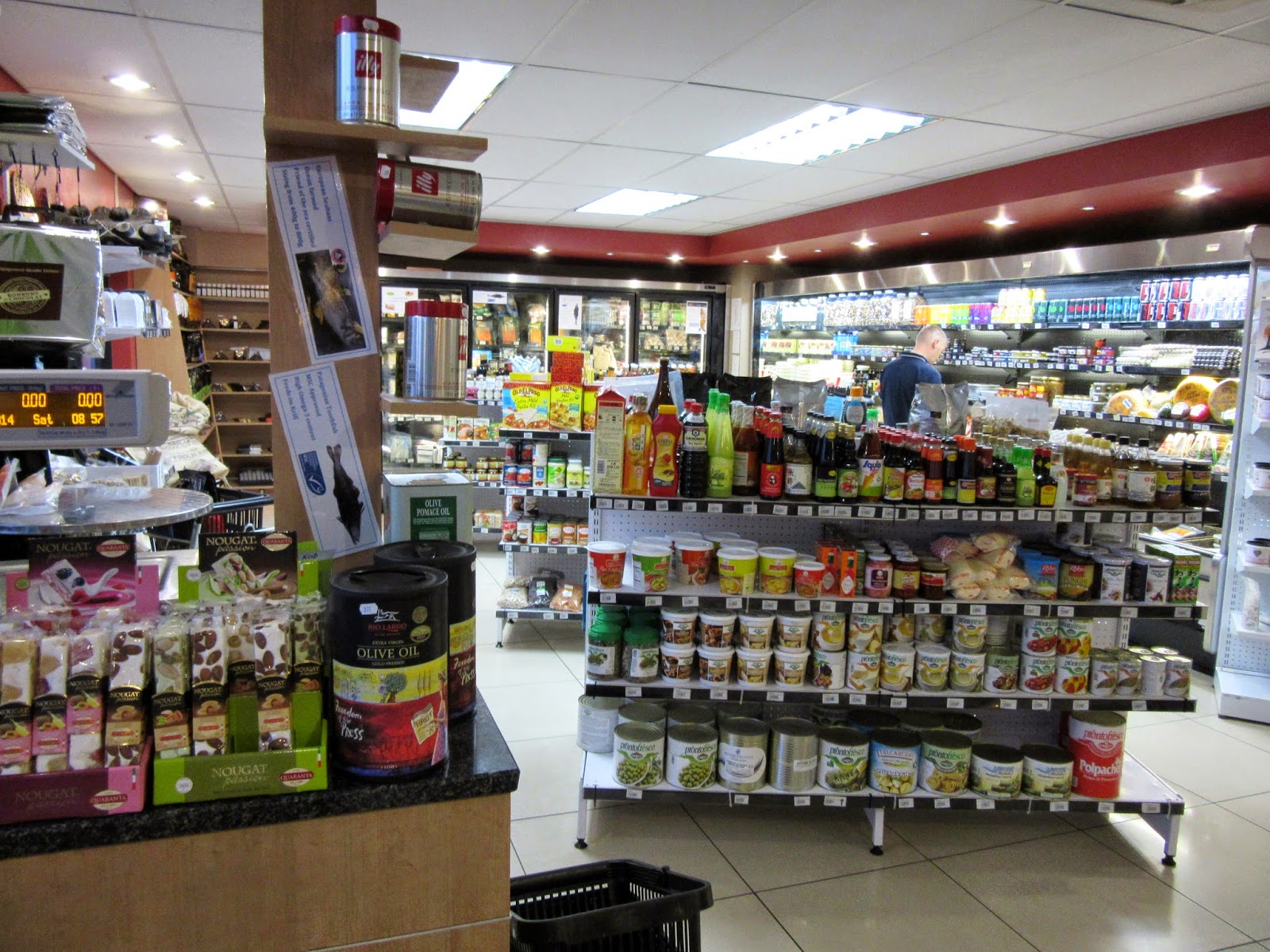 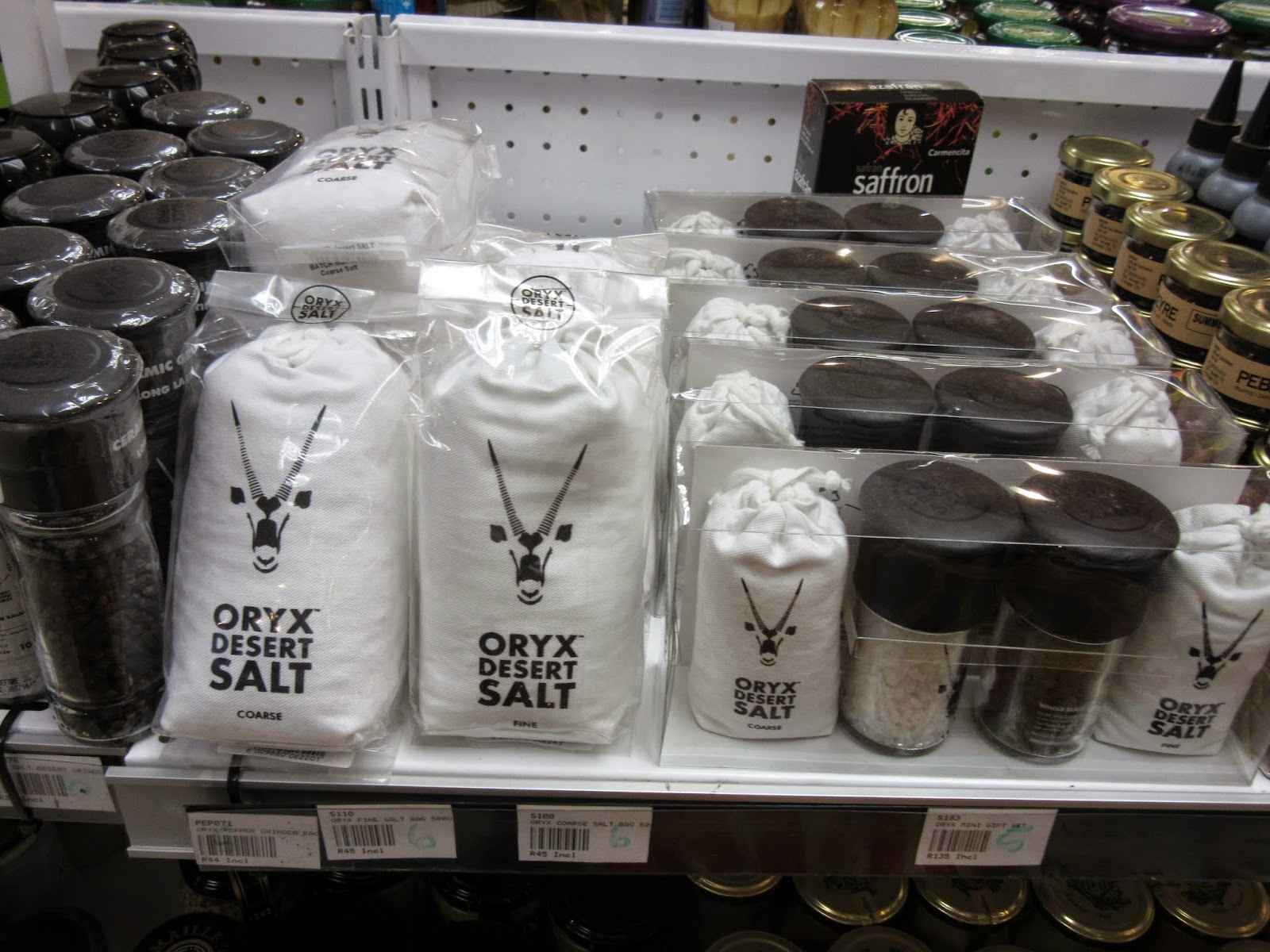 And along with the luxury imports, there were also some uniquely South African items like this Orynx Desert Salt ... 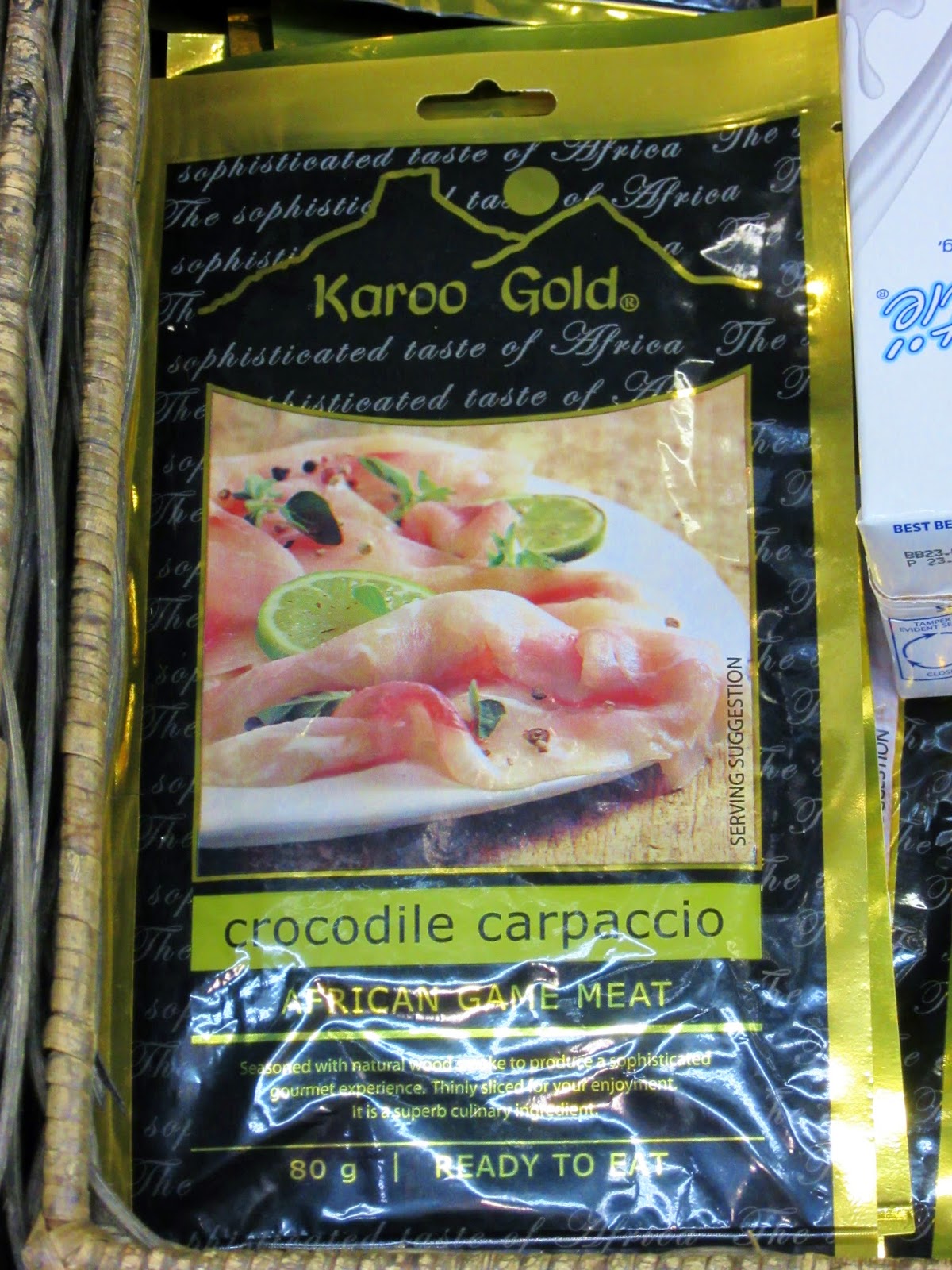 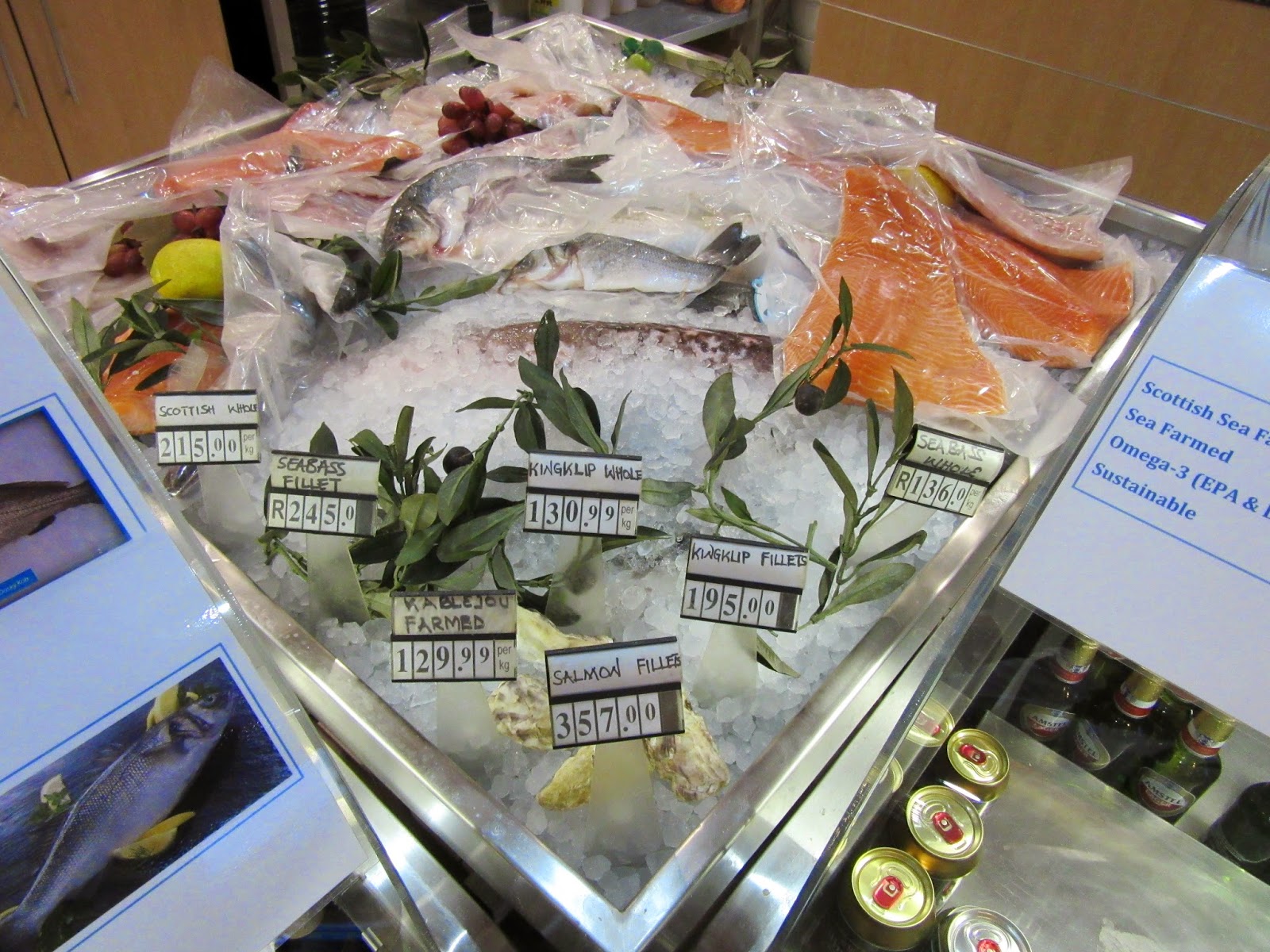 seafood on ice
But the main attraction at La Marina is their seafood. They had sea farmed Salmon from Scotland, Patagonian Toothfish, Sea Bass (or as it is called here, Red Drum) ocean farmed in Mauritius, Pemba Bay Dusky Cob sea farmed in Mozambique, oceanwise Kabeljou listed as GREEN by WWF-SASSI, and friend of the sea-certified European Seabass, all on display and all on ice. 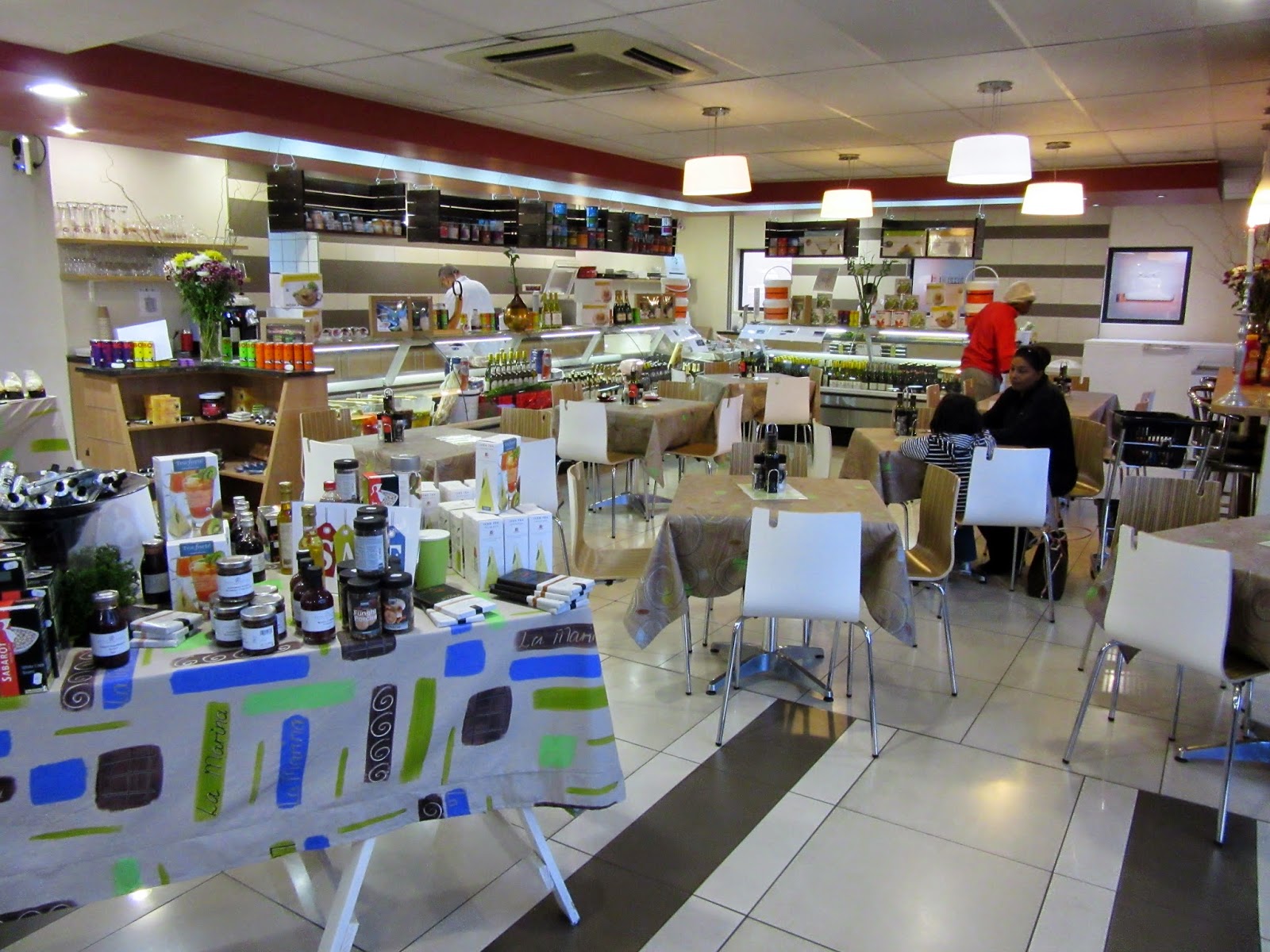 
I was so glad Vince came with me because the famous La Marina sushi bar was open. With a Japanese sushi chef!