Dragging An Old Bathroom Into The 21st Century

I've been running with a patron on a completely small toilet. The bath in query is in a 1500 rectangular foot ranch residence in a precious community and it suffered an unlucky brush with a flipper around 8 years ago. Any original person that turned into in bathtub whilst he started ended up in a dumpster. What's left is an out of character try at some sort of Shabby Chic as visible via the lens of someone with $1000 and a protracted weekend.

Enter me. The patron desires some thing present day and he wishes me to maximise the garage while doing away with clutter. As you can see below, this toilet measures a hair over 9 ft via seven feet and maximizing storage goes to be a mission. 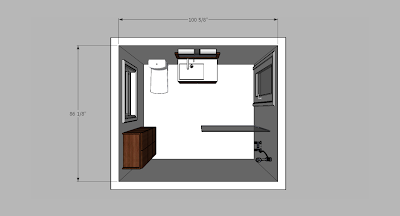 Because this room's so small, I want to make it appear to be as large as possible. So instead of a shower stall, I'm calling for a single sheet of clear glass to define the shower area. All of the cabinetry will be raised a foot off the floor and every square inch of this room is going to be tiled in white marble.

If I eliminate the wall in the back of the bathe you may see the sink elevation. 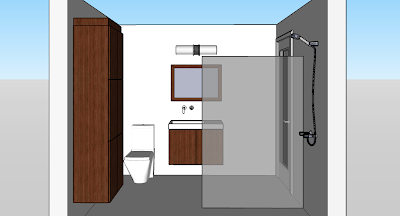 Here's the vanity and reflect from a little nearer in. 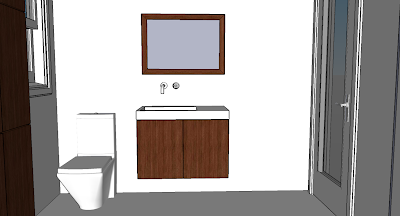 All of this cabinetry's being made by a local cabinet maker and all of it will be natural walnut. That vanity cabinet is based on the idea of a Luce vanity sink from LaCava acting as both a sink and a counter.

In the hobby of maximizing area, There's a pull out rack at the back of the right door of the conceitedness and the reflect slides to the left on hidden courses. Once the reflect's slid out of the way it famous a counter sunk medicinal drug cabinet in the wall. 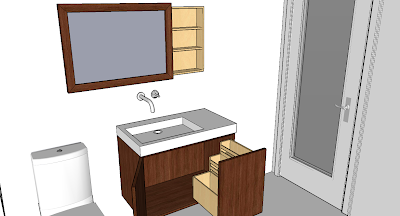 On the other side of the bathtub, there's a tall cabinet. It too is sitting a foot off the floor. 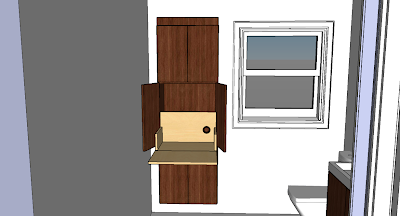 There's trendy storage within the booths above and below the fold out table.

I'm nonetheless trying to find the right wall-hooked up rest room and I welcome any and all guidelines.

The wall-mounted faucet will be the Virage from Brizo of course , as will the shower. 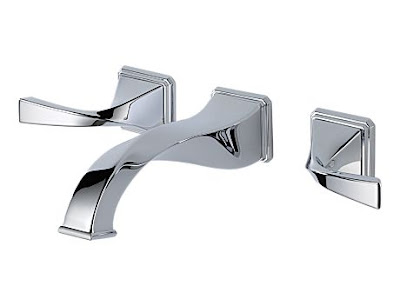 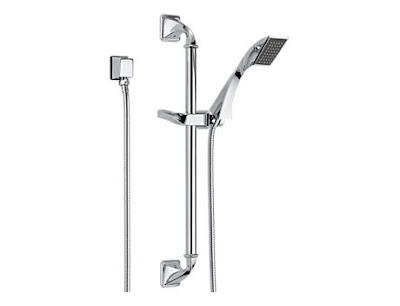 Although I have to admit I was lured by the siren's song of Hansgrohe , mostly for this photo. 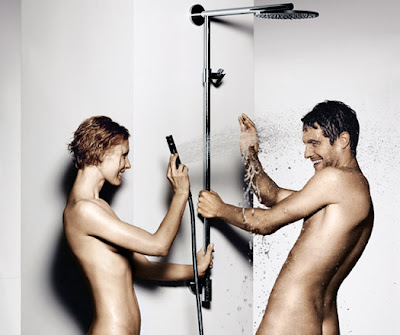 Wow. Now I need to take a cold shower.

So by the time Thanksgiving rolls around, this loo will were dragged into this century and by way of using first rate finishes and fixtures, this purchaser won't ever must renovate this bathtub again.