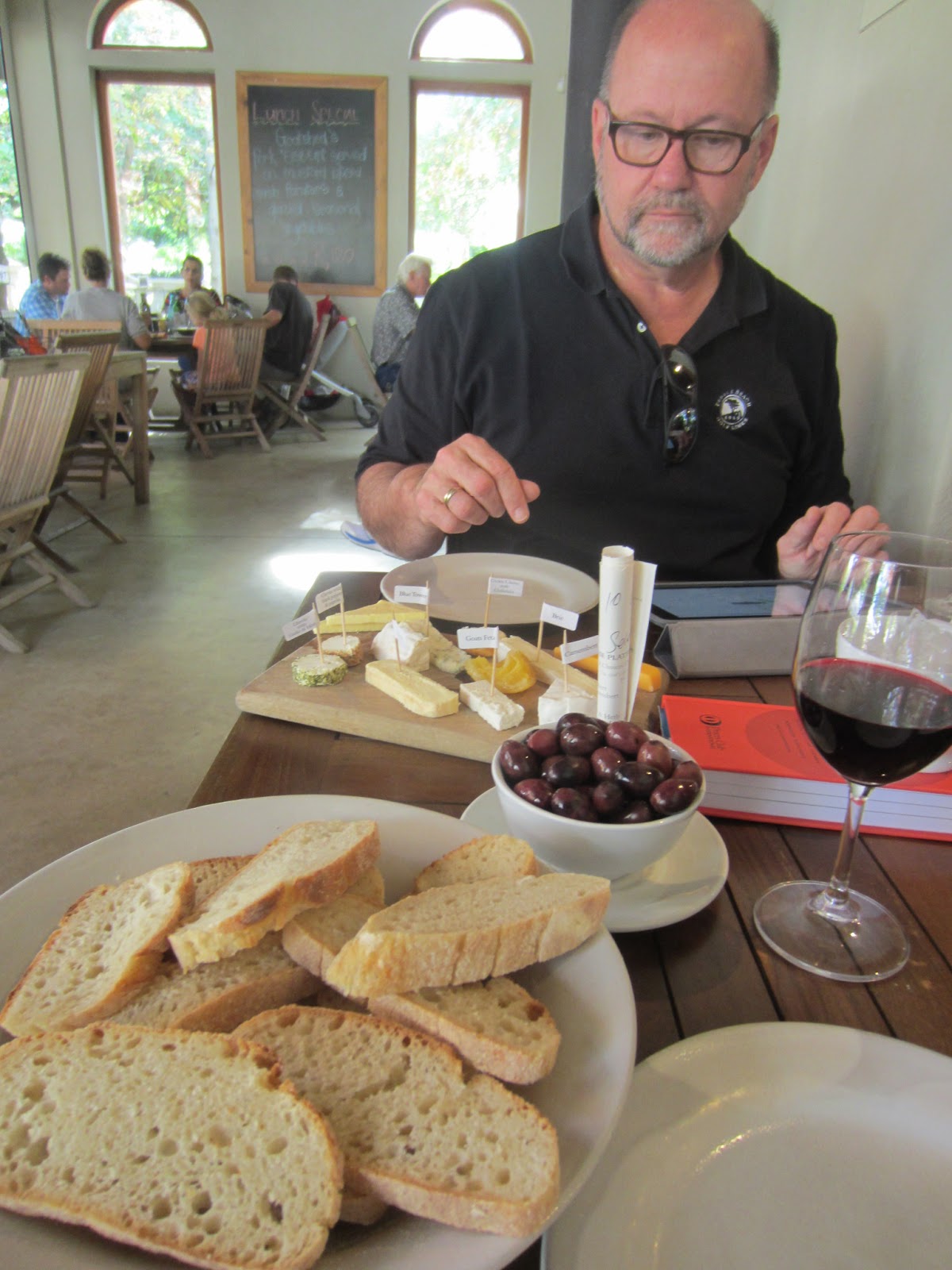 In addition to a stellar lineup of wines, Fairview Vineyards near Paarl also produces some incredible cheeses, brie, camembert, bleu and especially the chevres. You can sample them in the restaurant on the vineyard  grounds, the Goatshed, or you can combine your wine tasting with a cheese tasting in a master tasting room where they will pair the wines with the appropriate cheese. The chevre is produced on site side by side with the Fairview, Spice Route, La Capra and, my favorite, the Goats do Roam wine brands.

Vince and I have been big fans of chevre since our honeymoon in France in 1980. We were introduced to French goat cheeses, specifically Saint Maure, in Paris at Tour D'Argent where we sampled some from the cheese cart early in our trip. Love at first bite!

The "moon" in honeymoon stands for a month and we decided to take it literally and after Paris, traveled around France from the Loire Valley to Mont Saint-Michel, down the Atlantic coast to Bordeaux, across to Provence and Burgundy for an entire month. Armed with a suitcase full of Michelin maps (this was before the GPS took the sport and skill out of car travel), Vince drove and I navigated our way through France. 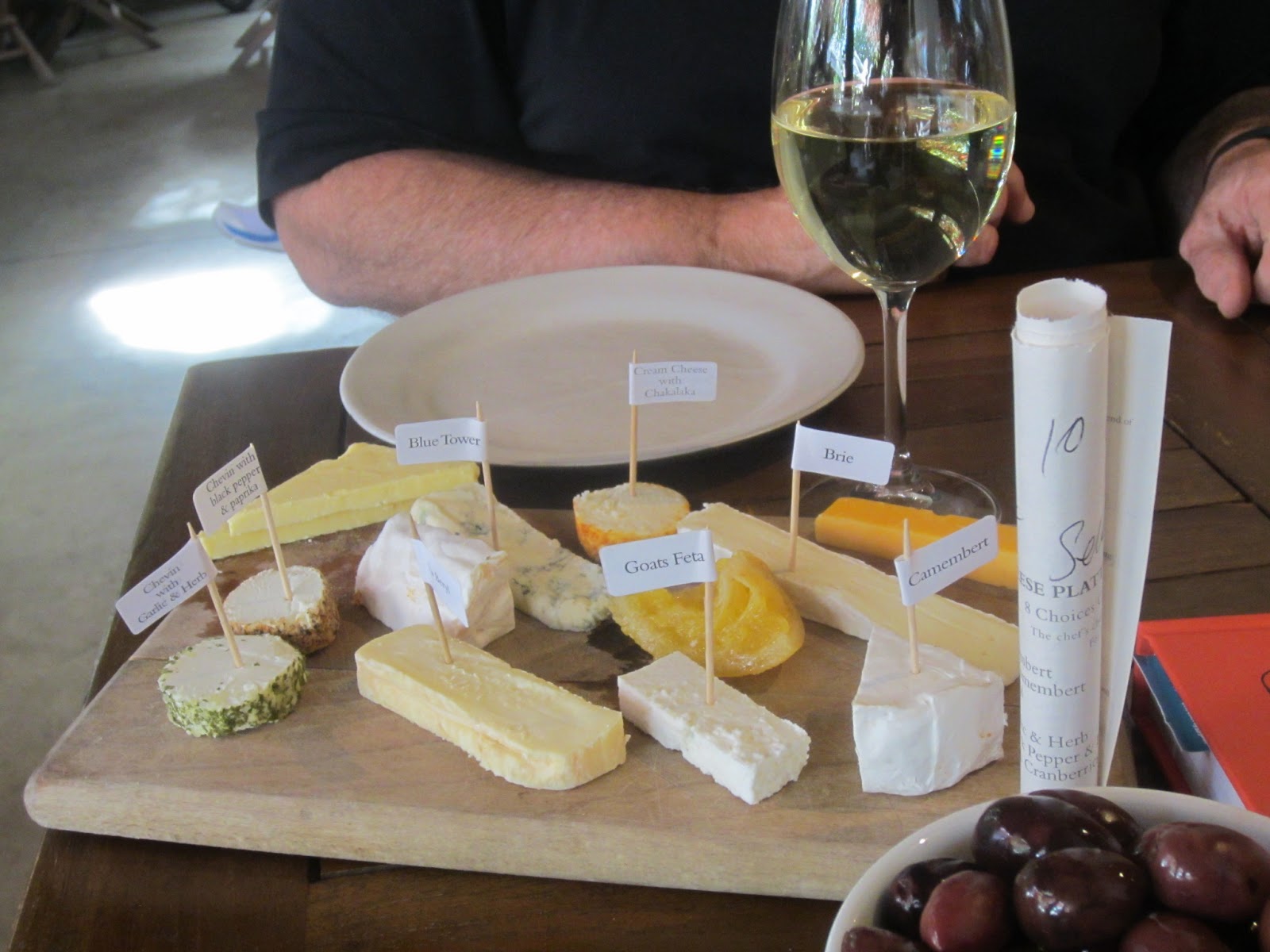 One of the beauties of navigation by maps is that you can see the big picture and survey the entire area as you plan and drive your route. We have had some of our best adventures by going off the beaten path and following detours towards things that attracted our interest on the map. I noticed as we were making our way through the Loire Valley that there was a little town called Saint Maure near the Chateau we were driving to in Chinon. I wondered if that was where the cheese we had tasted after dinner and loved in Paris originated. We decided to take a detour and check it out. 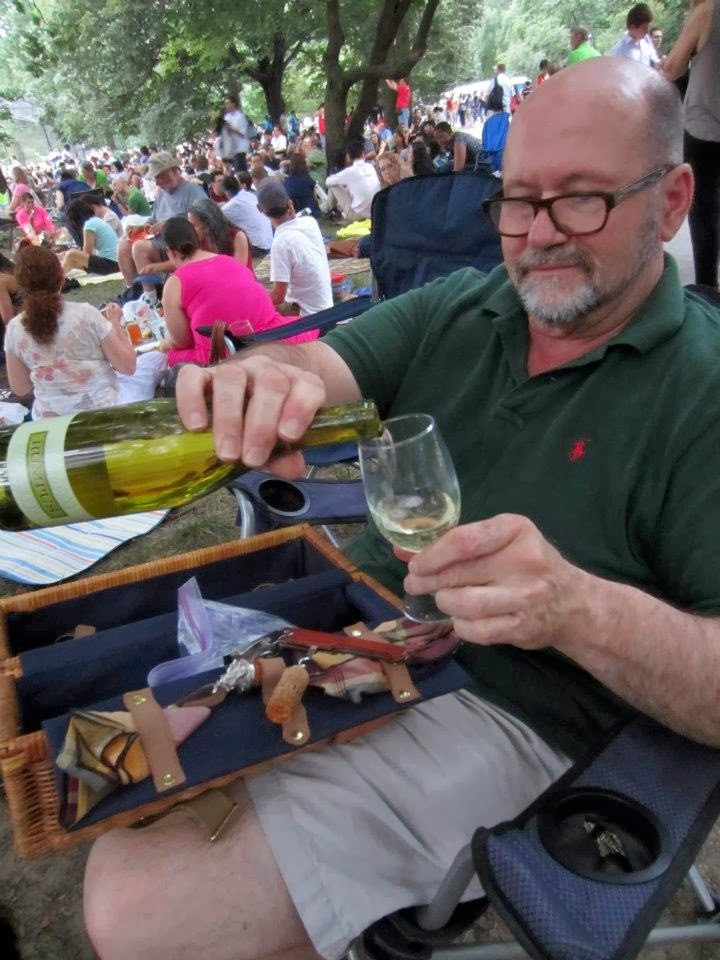 NY Philharmonic in Central Park
We were rewarded with a series of fromageries and goat farms all advertising fresh chevre for sale. We pulled into a farm that looked good following a hand-lettered sign at the top of their driveway that read "fromage de chevre a vendre". We were met and guided by a woman into a goat barn and shown a case filled with chevres wrapped in grape leaves, straw and herbs. Each shelf had a name written on it - Pepe, Gigi, etc. - the names of the goats whose milk was used to make each shelf's selection. And roaming around the farm were the goats themselves with their names identifying them on their neck bells! We sampled a few and took an assortment to eat on our daily picnics for lunch. We liked Pepe's the best! 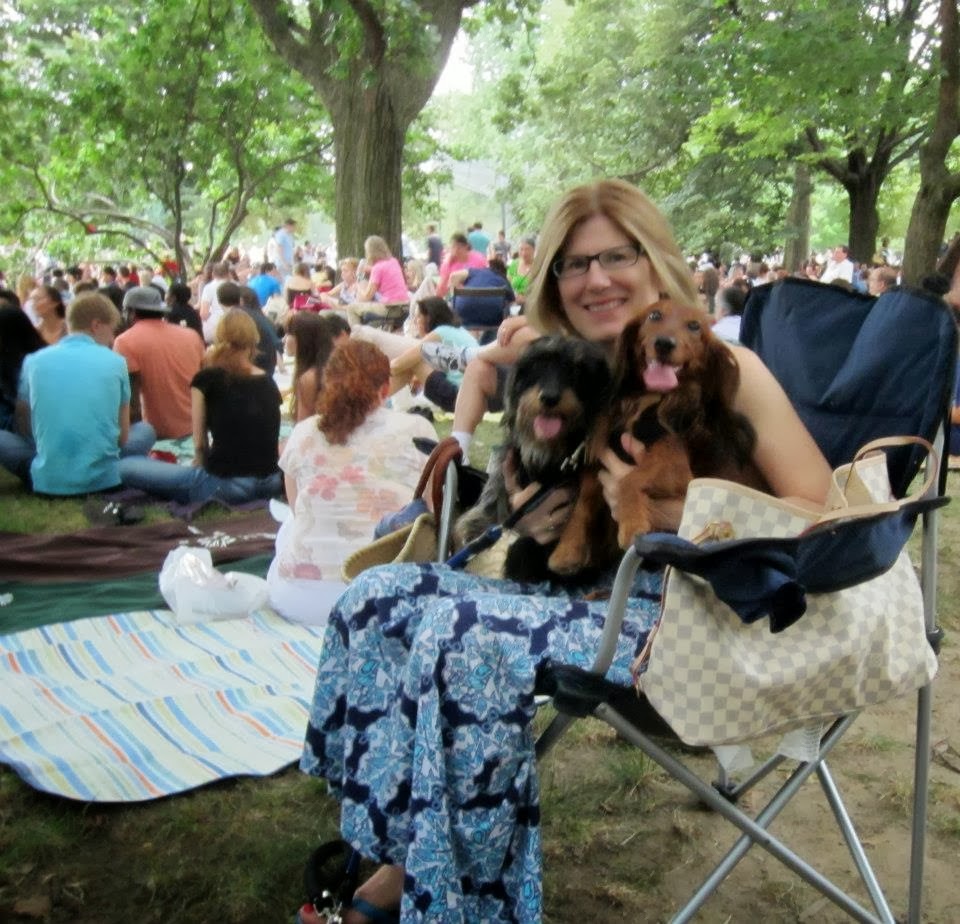 Lou and Serge like goat cheese too!For many summers afterwards, chevre was a staple in all the picnics we assembled for the annual NY Philharmonic and Metropolitan Opera concerts we enjoyed on blankets in Central Park. Chevre was just starting to become popular in the US in the early 80's. We would buy our chevre at Zabar's on the Upper West Side or Balducci's in the Village before it became commonplace at supermarkets and suburban cheese shops.

Our favorite cheeses at Fairview? The cow's milk Cream Cheeses with Chakalaka, with Black Pepper and with Onion & Chives were delicious as were their Feta and Chevins with Garlic & Herb and Black Pepper & Paprika. The goats do indeed roam at Fairview. And as an added bonus, goat cheese is low in lactose. Since I am lactose-intolerant, this made us both very happy!