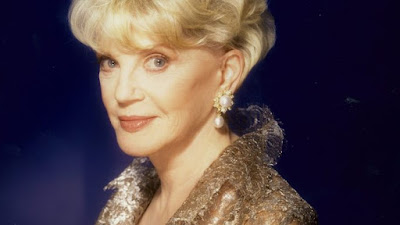 Judith Krantz recently died at the age of 91. For those unfamiliar with her she was one of the last of a generation of glamour obsessed romance novelists whose stock in trade was the steamy lives of the rich and powerful. Like Barbara Cartland, Jackie Collins and Jacqueline Suzanne she made a fortune packaging her roman-a-clef storylines for consumption of the masses. Unlike those she wrote about however her own life was considerably less scandalous. A graduate of Wellesley she had a rather conventional life working as a journalist and editor at numerous magazines. She was married to the same man for 53 years and raised two children. She didn't publish her first novel until the age of 50. Today 80 million copies of her books are in print.

She favored the English Country style of decoration in her Bel Air home, which included majolica. Over the years I've seen many photographs of her home but had some difficulty finding them for this article. Those I found show her fine taste in majolica. 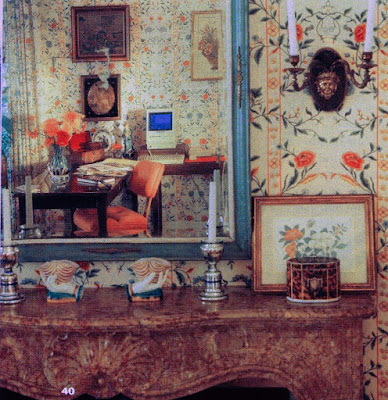 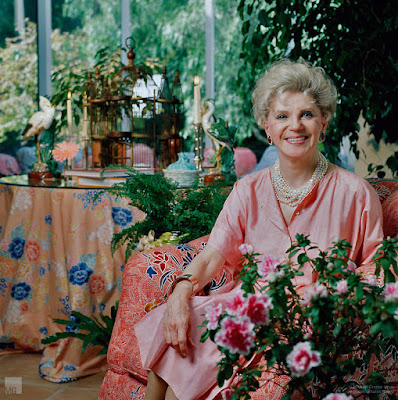 Two English majolica cranes, one by Holdcroft, one by
Minton, decorate her living room.Hers was a dying breed of journalism. As people read less and now depend on TMZ, Instagram and Twitter for their gossip you could say that she was a product of her time. We're unlikely to see her like again.