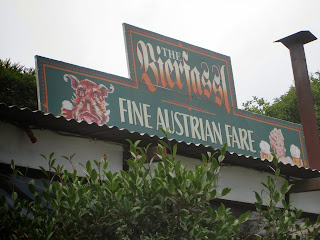 As we meandered home from Durban last week through the Natal Midlands of South Africa, we stopped for lunch at the Nottingham Road Brewing Company brewpub. Located on the grounds of Rawdon's Hotel, it really is a scene right out of Wind in the Willows. If it was set in Austria, that is. Pure beer brewed right at the resident brewpub, Nottingham Road is South Africa's most successful micro-brewery. 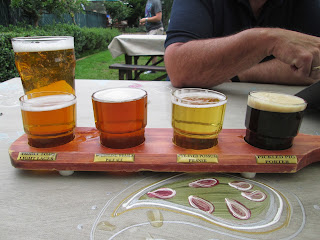 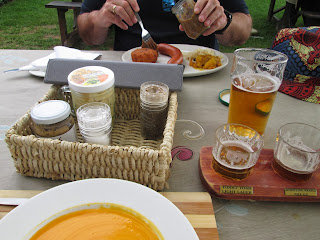 They have the best wurst in the Midlands which you can eat outdoors in their atmospheric beer garden called the Bierfassl. They serve Austrian-German sausages which are handmade by Erwins of Mooi River.

And rolling on by is the Mooi River itself. 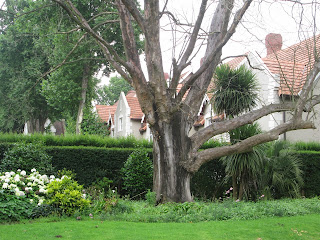 Rawdon's Hotel itself is a fly-fishing lodge. Vince and I are definitely going to unpack our waders and try our luck one weekend. 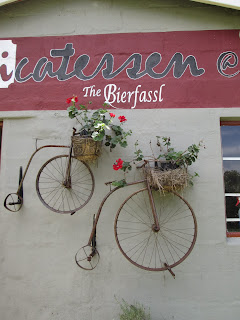 And from their on-site delicatessen, you can pick up a sampler of their beer, sauerkraut, meats and cheeses, their local free range eggs and homemade pralines. Coincidentally, we are invited to a German expat couple's house on Saturday night for a Christmas cocktail party. I am bringing them a mixed sampler as a hostess gift to help make their Christmas this year feel more like home.