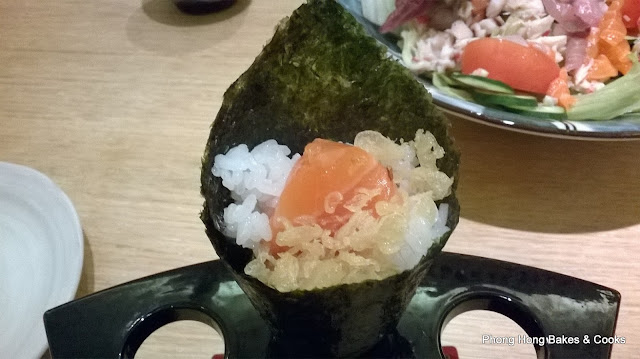 It was a first for my brother and I while my partner was here before with a friend during Chinese New Year. He had nice things to say, so I reckon it must be good.
I like the seating arrangements where you can have a room for a party of 4 and above. We were shown to a room for 4 and it was very cosy. 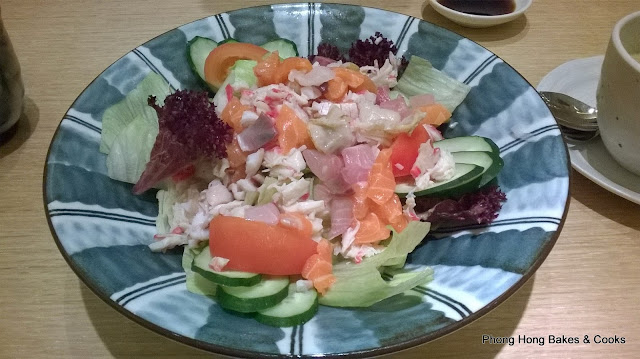 Being the salad lover that I am, I picked the Sushiya Salad. It came with a dressing which I presumed was sesame. 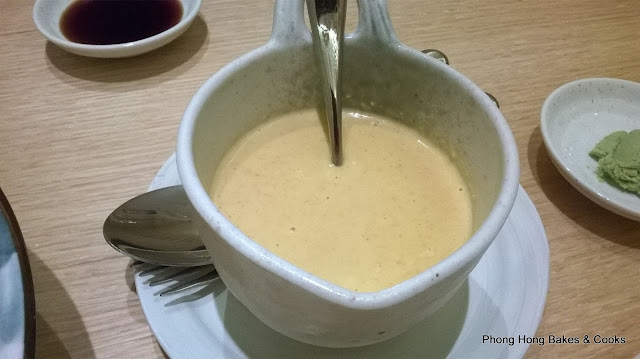 I should have tasted it before pouring the whole lot onto the salad. After a good toss, I tried some and well....was not too happy with the dressing. It was basically mayonnaise and something else. No sesame flavor and it was just creamy and cloying. 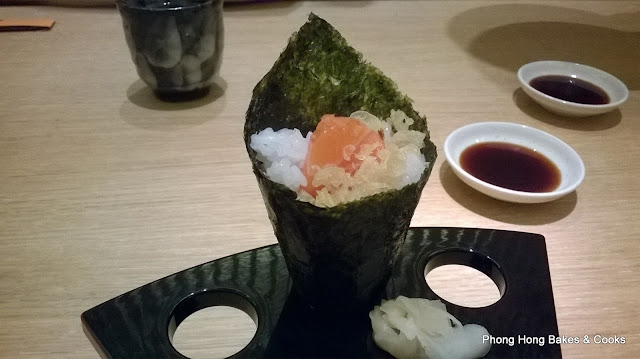 My brother loves handrolls, so we ordered 3 Cranky Salmon Temaki. One came first while the other 2 followed later. It was nice. 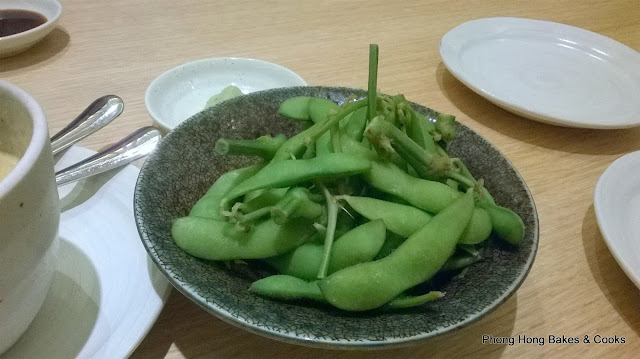 The edamame here is served with the stems still attached like it was freshly plucked. This is my partner's favorite munchie. 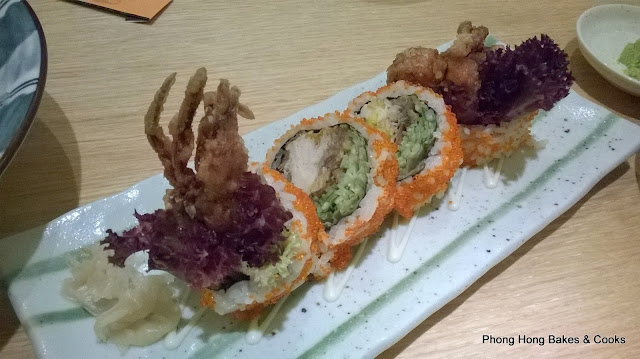 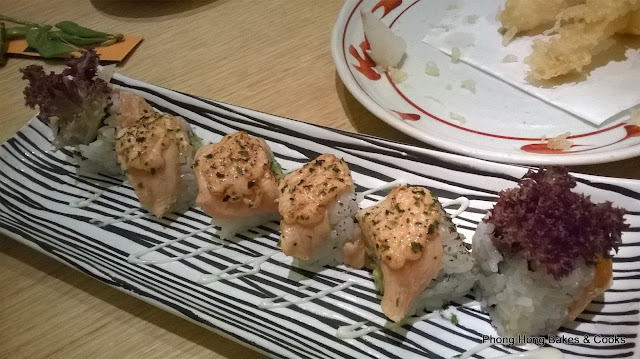 I have been wanting to try mentai and I highly anticipated this Salmon Mentai Maki. 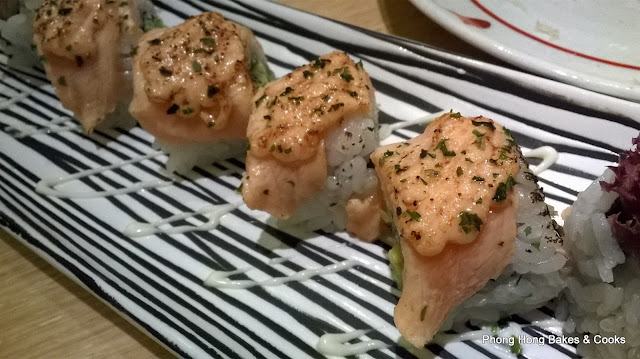 It had smoky flavors and I was not disappointed. I want to order this again. 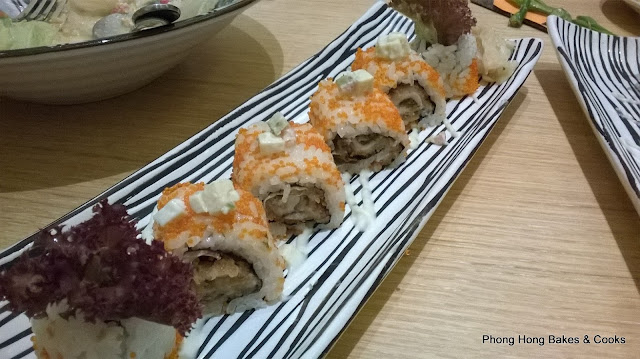 I don't remember much of this Fiery Oyster Maki. 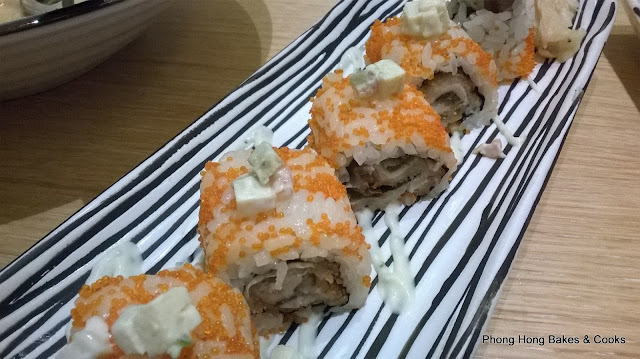 Perhaps I wasn't paying attention (too focused on the mentai) but I generally enjoy maki and I would give this one another chance. 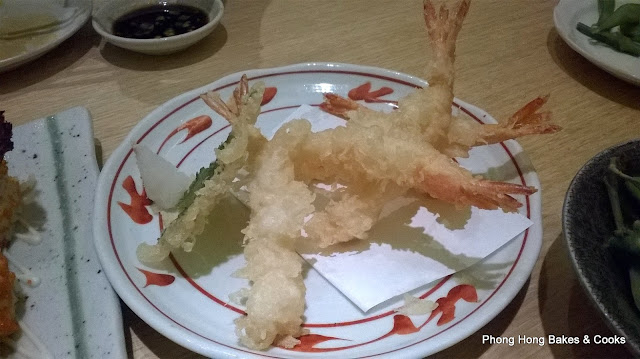 Another thing my brother loves is Tempura. This Ebi Tempura was light and crispy. I had one only because I am not a tempura fan. 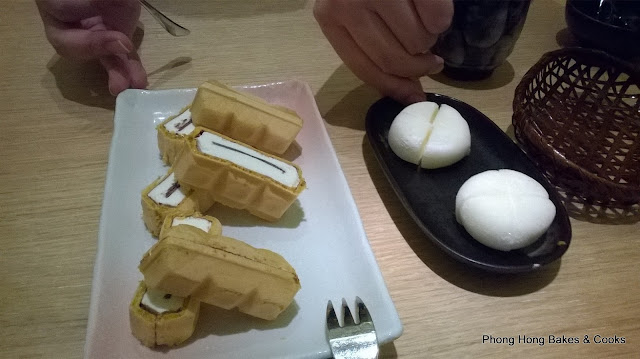 Ah...desserts! That's me and my brother's department. My partner isn't really into these things.
Eh, now I remember. Both these cold desserts were on the house (how nice!) and that is why I can't give you the name because they were not in the bill. 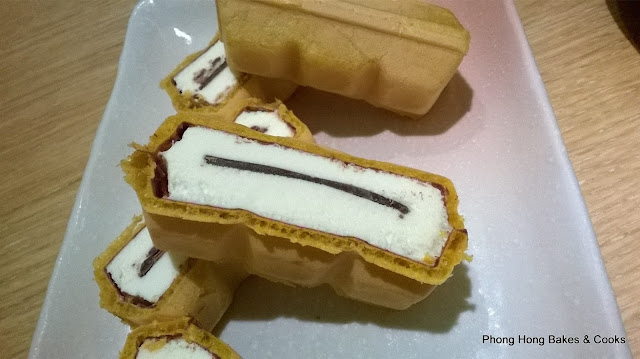 This one is some sort of wafer filled with vanilla ice cream. The wafer was not crispy as to be expected as it was frozen with the ice cream. So it came off as leathery and chewy. But we still enjoyed the ice cream. 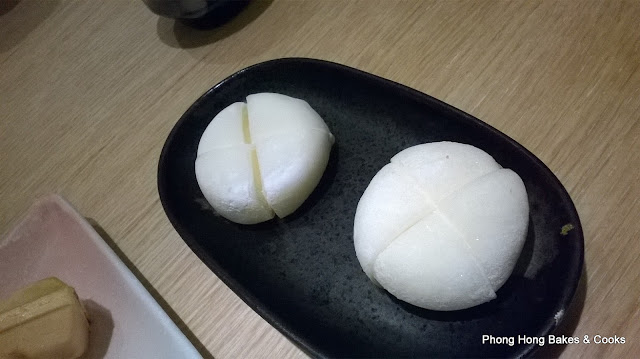 If I am not wrong, this is the daifoku filled with ice cream. If you eat it immediately, the skin is hard and chewy. 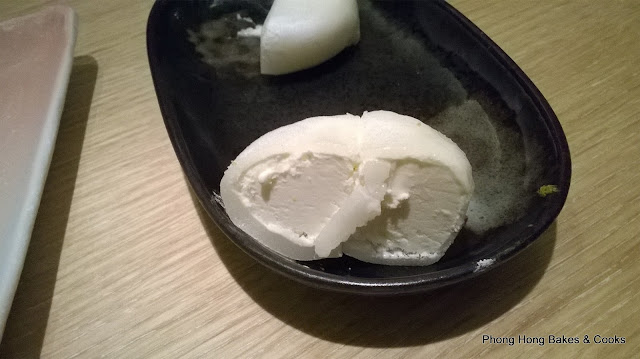 But left to sit a little while, it becomes soft and very pleasant eaten with the ice cream. 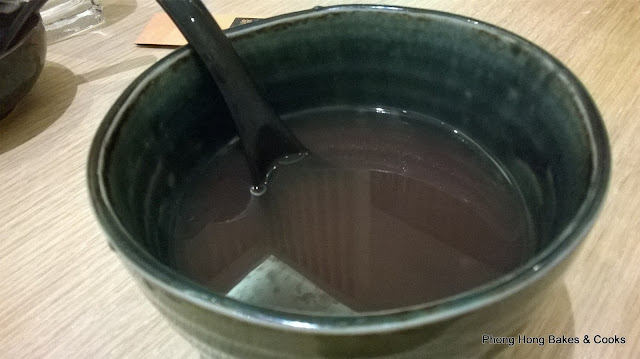 Being more old school (hah..hah..), my partner had the Azuki Zenzai (red bean soup). He said it was too sweet. 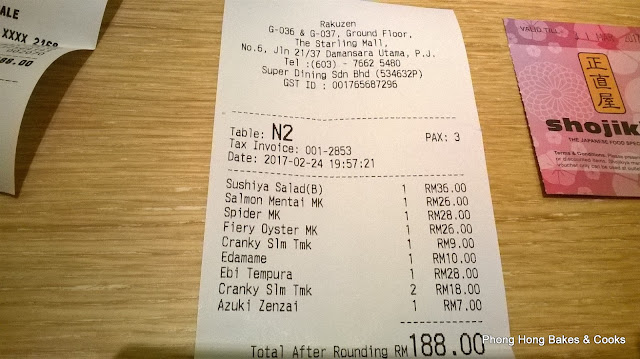 So that was my Rakuzen experience and I will be back. Oh, we also got a RM5.00 Shojikiya voucher. 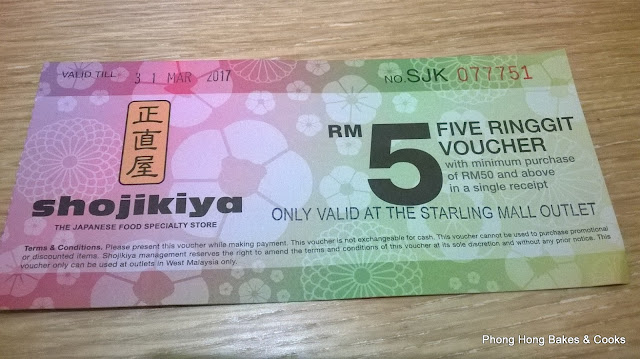