Space Marine Vehicles And Their Crews 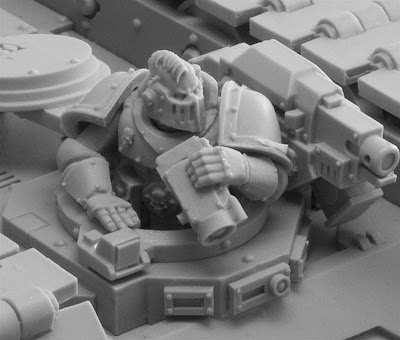 With Forge World's recent release of some very nice looking Space Marine vehicle crew members, I decided to look back at what I've done when it comes to modeling these guys on my vehicles.

I'm actually pretty lazy when it comes to doing this on my own vehicles, preferring to just get it done. Seeing Forge World's models makes me stop and think about what I do in the future. If you're a Space Marine player, I'm sure you have a ton of those half torsos you get in every vehicle kit just like I do. They just fill up your bits box and they're very rarely used. To be honest though, when it comes to taking on this kind of small "conversion," it's not like you need to go out and buy the FW ones... you could most likely convert your own with the bits you already have. 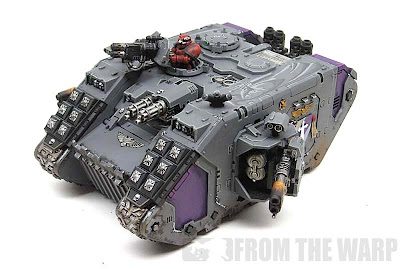 Now I have gone the extra mile and added crew members on vehicles I've done for other folks. For the most part, I add the crew model that comes in the kit. But even just doing that helps. In the end, it's more than tossing a closed hatch up there. I think one of the biggest things is that adding this kind of detail brings a little more life to the vehicle. In some cases, it adds a different color as well to help make the model pop overall.

This kind of thing combined with maybe a touch of weathering and maybe even some minor freehand can take a bland looking vehicle and make it look top notch. 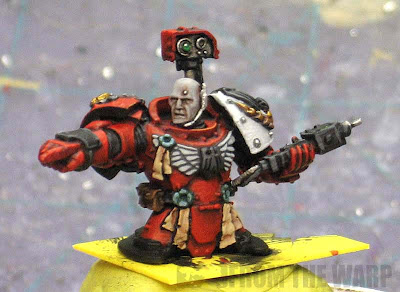 The only "conversion" I've done when it comes to this kind of thing was a Sergeant Chronus model I converted into a Raven Guard model by way of the iconography. Still, this kind of attention to a model that simply sits on top of a vehicle adds a something more to an army overall.

I know I'm going to make the effort to add some crew members to my Land Raiders when finally get around to building them. It might be that extra touch that brings the vehicles and army alive. I probably won't be getting the FW models though. They're nice models, but I've got plenty of bits I can put together to come up with a Land Raider driver and gunner. Heck, I could even model them on foot too in case my vehicle gets blown up as it's prone to doing.

Make sure to check out these posts as they might help:
Painting vehicles without an airbrush