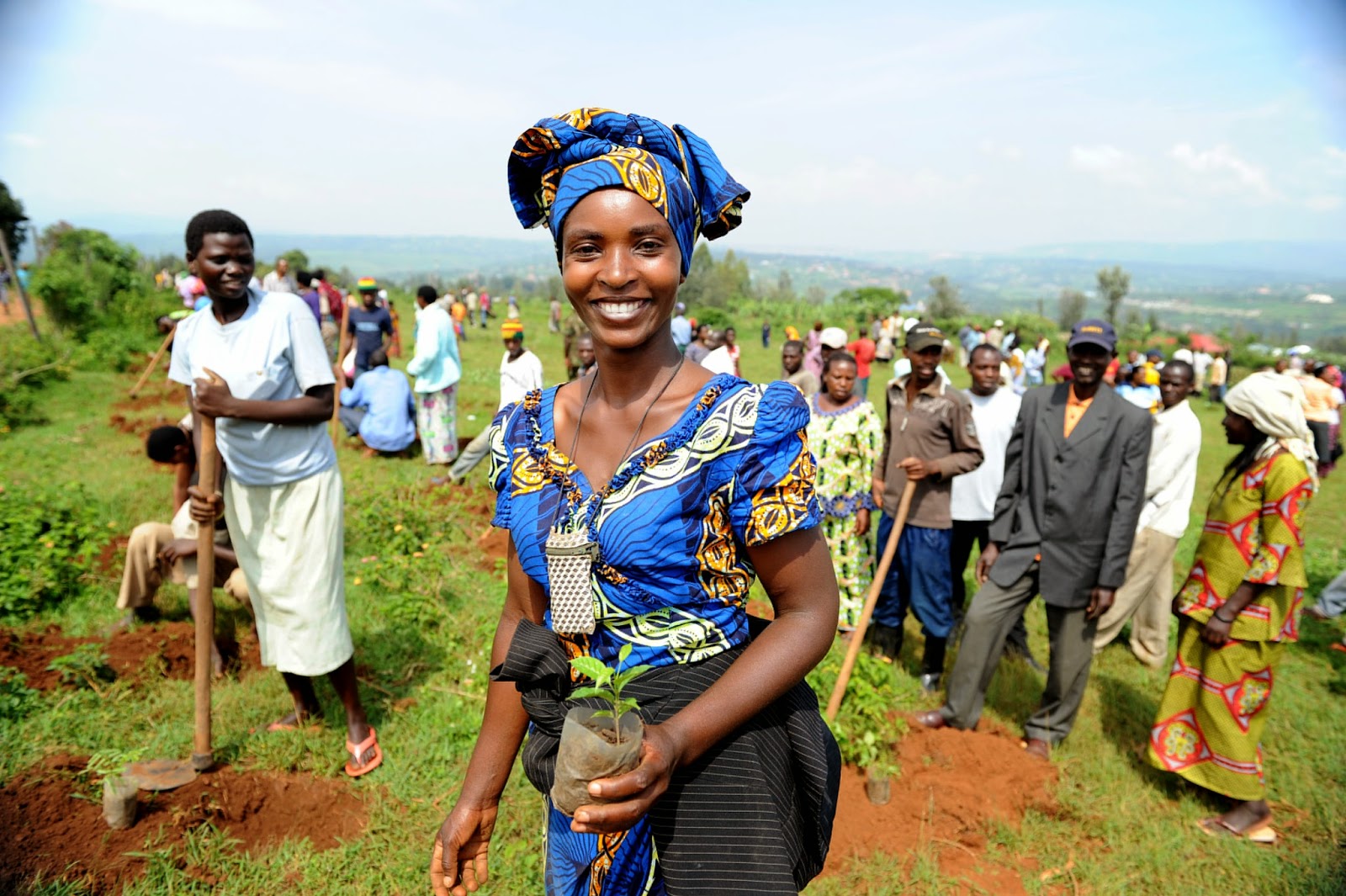 In Rwanda, there is a mandatory community service day from 8:00 am to 11:00 am on the last Saturday of each month. It is called Umuganda which means "community service." By law all able-bodied persons above the age of 18 and below 65 are expected to participate in volunteer community work. The law calls for  umunsi w’umuganda, meaning “contribution made by the community which is designed to be a day of contribution and building the country by citizens themselves."

The day is intended to build community involvement and strengthen cohesion between persons of different background and levels. And it is a great way to undertake public works economically and inclusively. The labour cost saved from Umuganda is invested right back into the country, thereby contributing to the growth and development of Rwanda.

Today close to 80% of Rwandans take part in monthly community work. Successful projects include the building of schools, medical centres and hydro electric plants as well as rehabilitating wetlands and creating highly productive agricultural plots. The value of Umuganda to the country’s development since 2007 has been estimated at more than US $60 million! 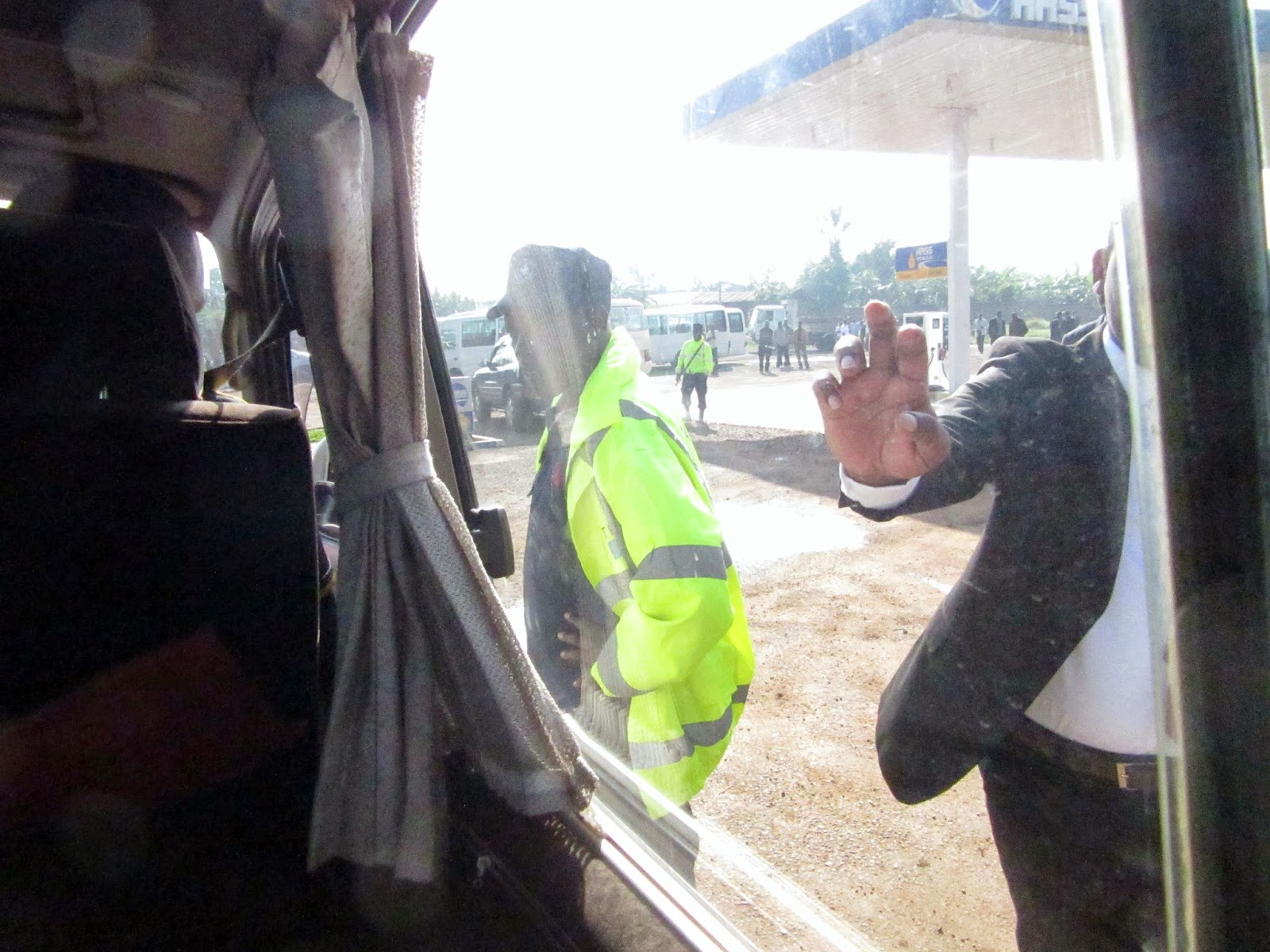 our van was stopped at a road blockWe passed through a number of villages on our way from Kigali to Akagera on a morning when Umuganda was underway. Between 8:00 and 11:00 am there were road blocks with police and authorities who stopped traffic to find out why you were not participating in community service. If they don't like your answer you are basically conscripted into the local community service project where the road block is situated.

It reminded me of a joke my Czechoslovakian cousin told me when we were visiting him in Zborov in 1985. He said there were two television stations in Russia, the "State station" and the "Why aren't you watching the State station?"

Well you have to have a good excuse to be a Rwandan citizen on the road during Umuganda. Like you are going to a wedding or you are a 7th Day Adventist. Our driver was from Uganda (and wore his Uganda tee shirt that morning!) He had to show his passport anyway and so did we to get through. 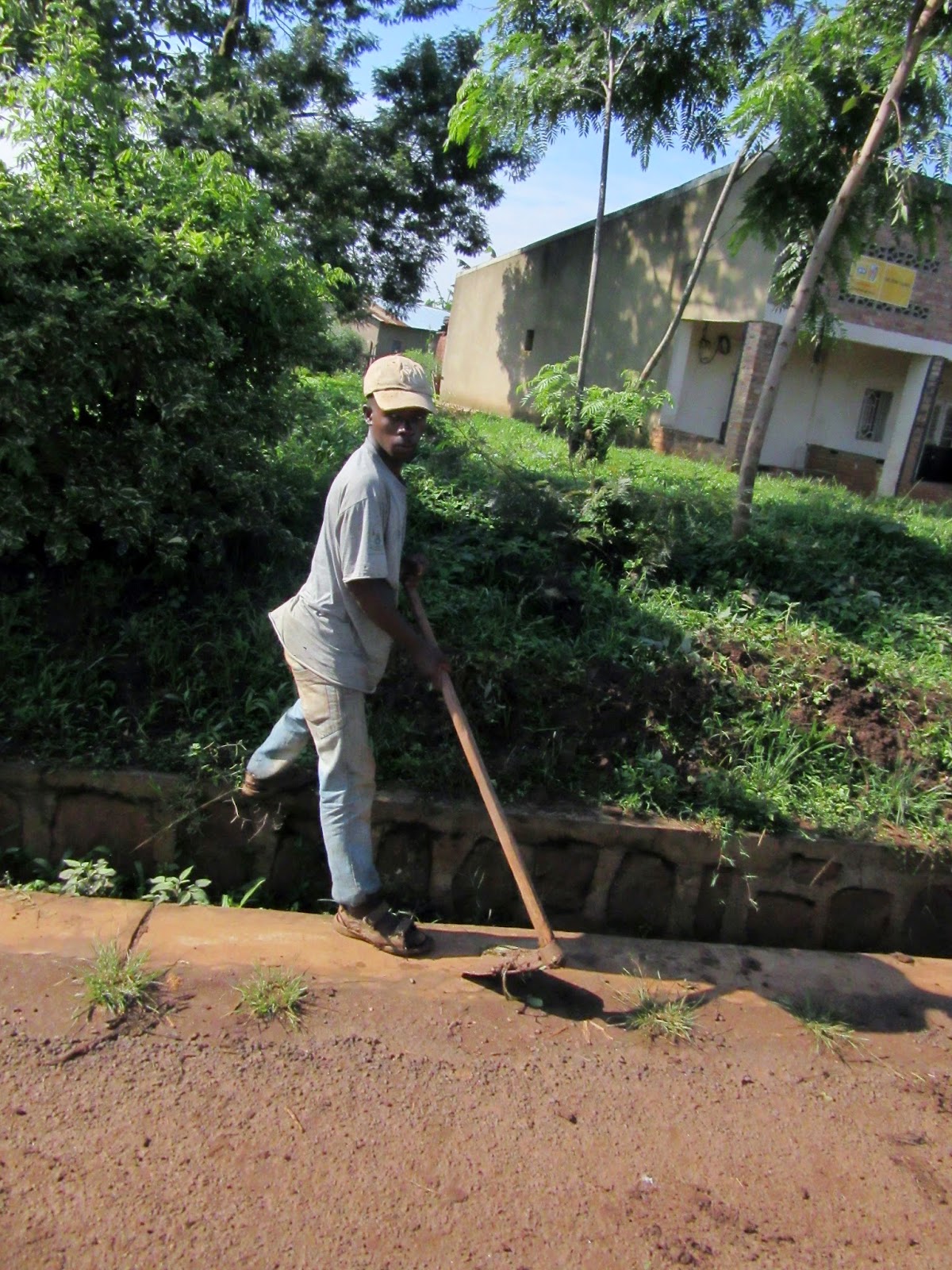 cleaning trenchesIn the rural villages there is usually an Umuganda Council with a coordinator who goes around with a megaphone the night before Umuganda telling everyone what the project will be and where to meet. There are monitors too who patrol the streets and check excuses to make sure everyone who can participate does participate. 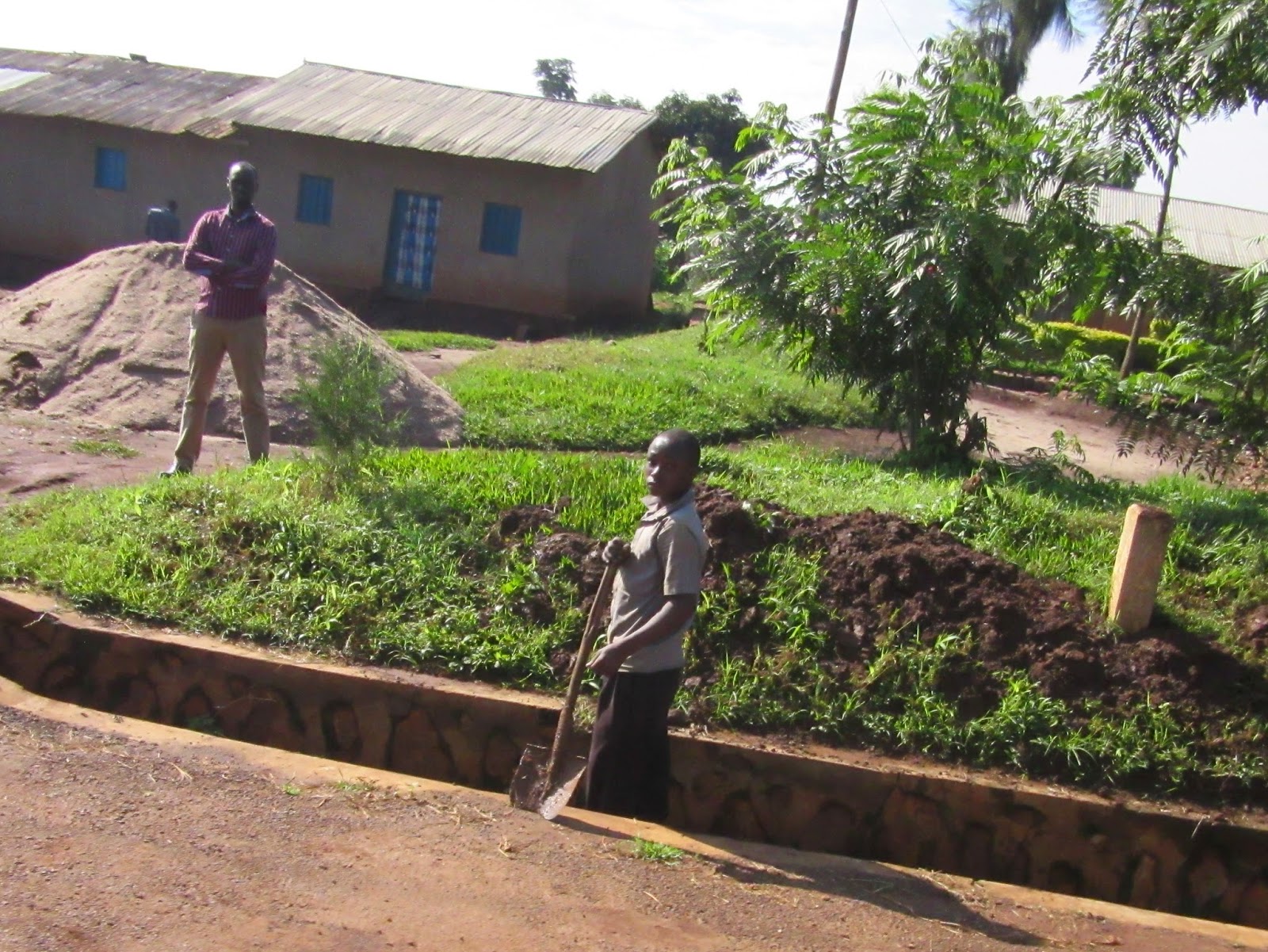 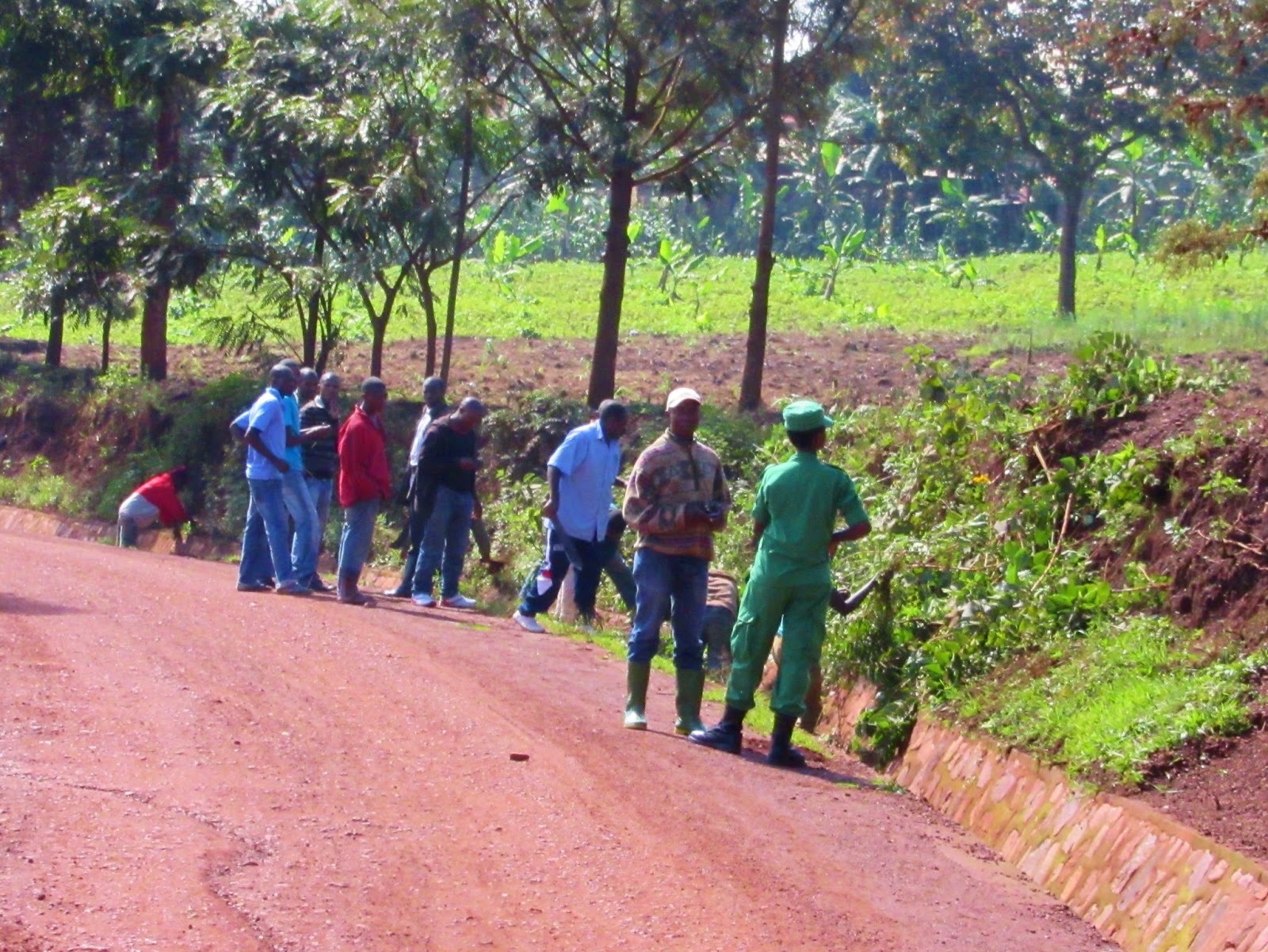 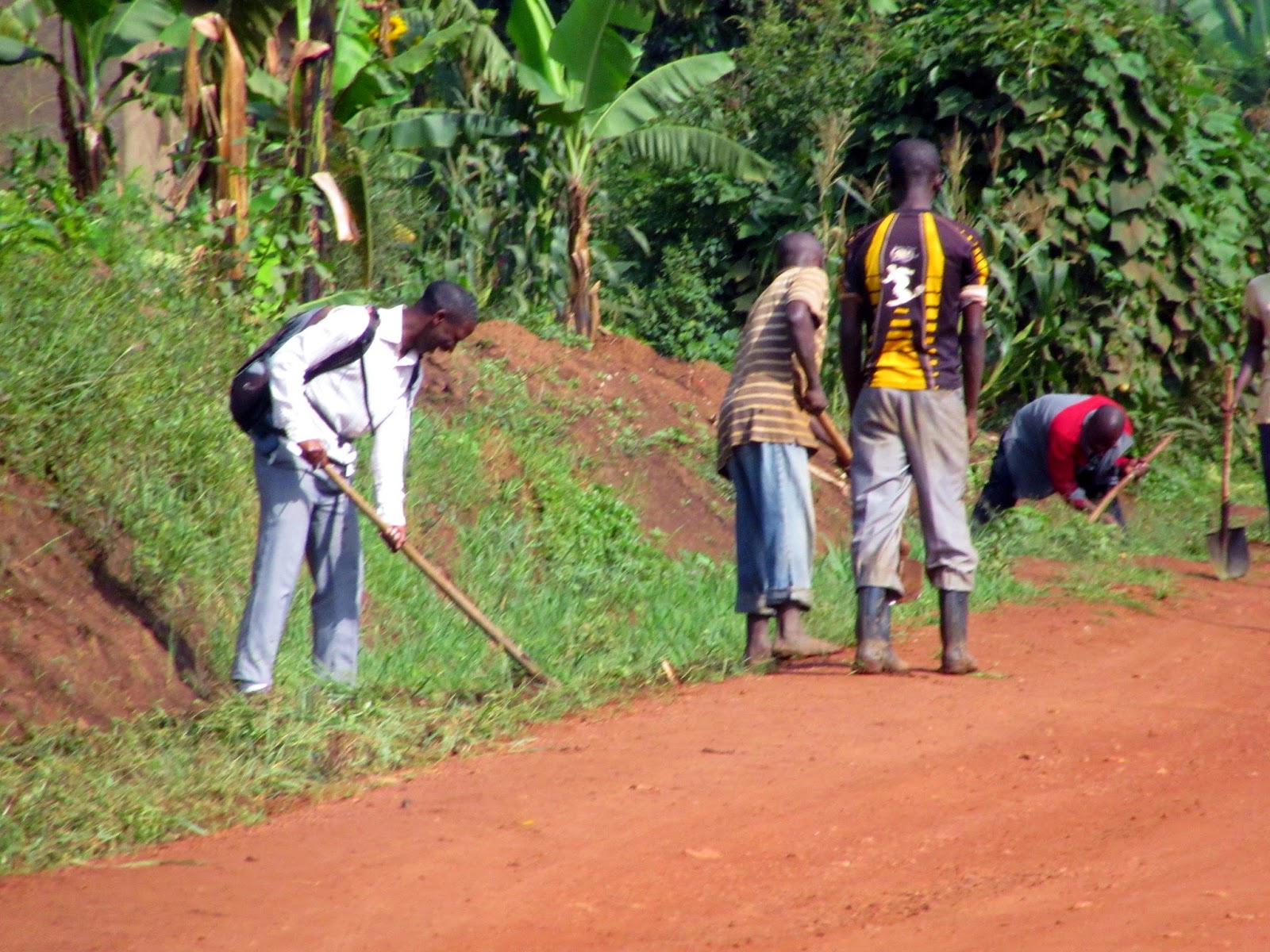 cutting brush along the side of the road 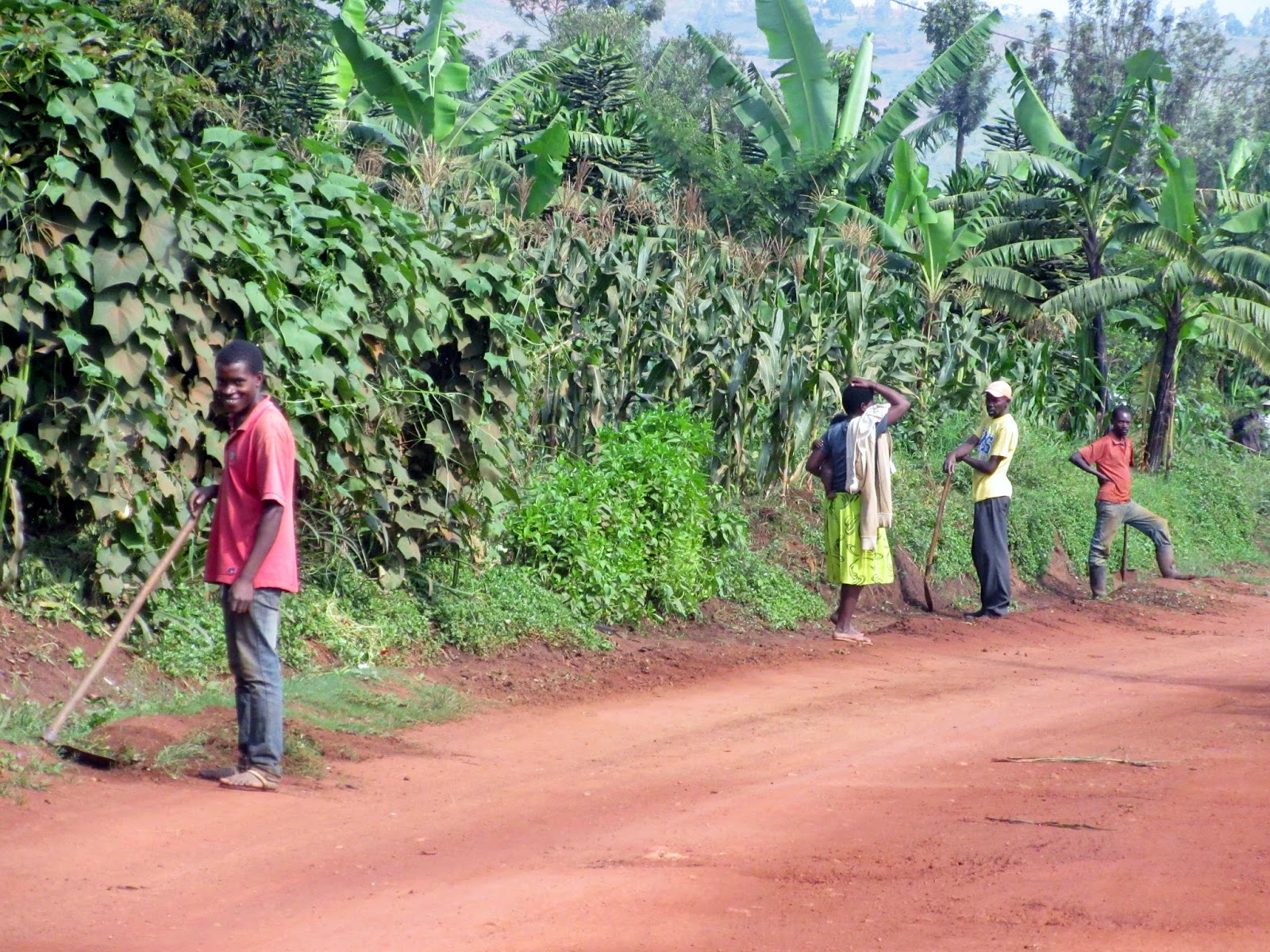 Not everyone is as community minded as these villagers though. It is easier to hide in your apartment in the city and just not come out between 8 and 11. In the villages though, everyone knows who is playing hooky!