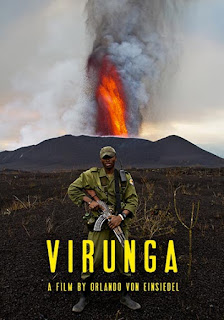 South Africa’s premier documentary film festival "Encounters" is happening this week in various venues across Cape Town and Johannesburg. It gave me a chance to see the celebrated documentary Virunga on the big screen.

I am happy because Virunga is a big screen-sized documentary. Orlando von Einsiedel and Joanna Natasegara were nominated for Best Documentary Feature for their film at the 2015 Academy Awards. It lost to CitizenFour, the Laura Poitras documentary about the Snowden affair (which is also playing as part of the Film Festival by the way), but that didn't matter to me. After trekking to see the mountain gorillas in neighboring Rwanda last year, I still really wanted to see this compelling film in the cinema.

Virunga National Park in the Democratic Republic of Congo (DRC) is the oldest national park in Africa containing 1/3 of the Virunga Mountain chain, volcanoes which run along the northern border of Rwanda, the DRC and Uganda.
As a World Heritage site, Virunga National Park serves as the home and ostensible refuge for groups of endangered mountain gorillas. But years of civil war, poachers, tremendous instability in the region and the discovery of oil beneath the park have combined to threaten both the gorillas and the dedicated wildlife conservationists who fight to protect them. 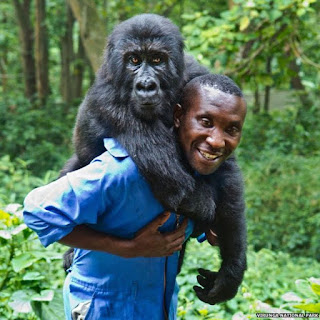 Virunga is a documentary with clear good guys and bad guys. The good guys, the Virunga Park rangers and conservationists. The bad guys, the UK based international oil and gas exploration and production company, SOCO and their Congolese thugs, the M23 rebels.

"Viewers are introduced to optimistic middle-aged park ranger, Andre Buama, spending his days caring for orphaned gorillas; reflective station chief Rodrigue Katembo, risking his life in the bush while covertly exposing high-level Congolese government corruption; soft-spoken son of Belgian royalty Emmanuel de Merode, devoting himself to upholding the law as director of an increasingly volatile environment; and young French journalist Melanie Gouby, on a mission to uncover the operations of a British registered oil company in its attempts to secure exploitation rights in the region.

While the film does not reveal every subtle nuance contributing to the Democratic Republic of Congo’s dire state, it does an excellent job of centering on a microcosmic issue that is reminiscent of what is the norm for much of Africa. It is a land that in many ways is still suffering from the aftershock of imperial players like King Leopold II, as emphasized during a scene whereupon a SOCO employee is secretly recorded claiming that Congo should be recolonized by outsiders if it is to have any chance of socioeconomic success. This theme is perhaps central to the argument that the road to a bright future continues eluding the grasp of many African people due in large part to continued outsider influence and control." - Africa Geographic 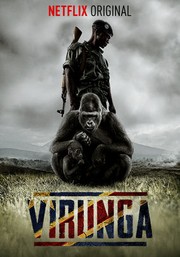 It was a really tough film to watch. I knew what I was in for after a year of attending Monday morning meeting at African Parks and listening to Leon, the African Parks Operations Director, relate the travails in his Congolese parks, Odzala-Kokoua in Congo and Garamba in the DRC. There is a war going on! But still it is hard to come away from watching the film with any sense of hope whatsoever.

The gorillas are merely collateral damage in an all-out war for natural resources, power and money. But before I start succumbing to any white oppressor guilt, I have to say the Congolese mercenaries and rebels are just as guilty of greed and tribal xenophobia against their fellow countrymen. The gorillas deserve better but so do the Congolese people. They all deserve to live in peace in a balanced natural environment free from oppression and genocide.

Encounters  runs through June 14 so you still have time to check it out.